“Do You Come Here Often?”
a tragicomic quest for knowledge & enlightenment 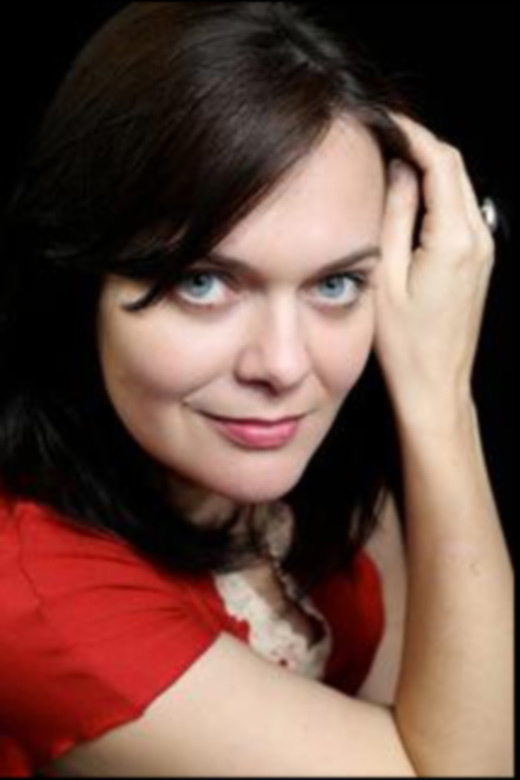 Jacqueline is a writer, performer and director. She started her career in theatre, writing / performing the critically acclaimed one woman shows Madwoman In The Attic (Riverside Studios) and Melodrama For Woman and Fridge (Edinburgh Fringe, winner of The Herald newspaper award) and writing / directing vaudeville musical Catwoman Colette.

She was shortlisted for The Stage Award for Acting Excellence, worked extensively with Ken Campbell, playing leads in Pidgin Makbed and 24 hour cult epic The Warp, appeared in legendary sketch show Newsrevue and improvised comedy at The Gilded Balloon.

She has an MA in Scriptwriting, with commissions including The Glastonbury Grail, The Sacred Quest, spec TV comedy drama The Circle, shortlisted BAFTA Rocliffe New Writing Forum, and God’s Gift, selected for Cascade Media’s Writer’s Couch.

She wrote / directed Ex, and Do You Come Here Often?, a comic documentary about reincarnation for Channel 4, the title of which she is recycling for her Cosmic Trigger performance – never let it be said that her comedy is not ecological!

“The Curse of The House of Atreus”
a Greek tragedy in 3 edible acts, the fast food version

Claudia is 40 years a theatre maker. Founder member of Beryl & the Perils, furious feminist fun in the 70’s; With Ken Campbell; Warped first time around Edinburgh, and again with Daisy Campbell at the Drome; 1999 -2000 actor/managed that juggernaut of a show for 15 long weekends.Instead of theatre PHD- toured worldwide as Winnie in Sam Beckett’s Happy Days.

Created the Serpent in Peter Greenaway’s Prop Opera; !00 Objects to Represent the World. Directed Robert Anton Wilson’s, Wilhelm Reich In Hell; and re- wrote Douglas Adams’ So long and Thanks for all the Fish as, Don’t Panic You’re in Bali. In Bali. Now performs Table Top Theatre – classic dramas in short form – for hire.

In addition to her playing Eris, Claudia is also co-producer of Cosmic Trigger Play and Conferestival.

John Constable is a playwright, poet, performer, magical practitioner and founder member, with Ken Campbell, of the legendary ‘Mckees’ writers group. His many plays include Black Mas, Tulip Futures, and The Southwark Mysteries, received in a vision on 23rd November 1996 and performed in Shakespeare’s Globe and Southwark Cathedral. Solo work includes I Was An Alien Sex God and Spare, inspired by the life and work of Austin Osman Spare.

He is also widely knowm as John Crow, the urban shaman who raised the spirit of The Goose at Cross Bones, south London’s outcasts’ graveyard. In this magical persona, he conducted The Halloween of Cross Bones on thirteen consecutive Halloweens, rituals at The Warp parties and at Glastonbury and other festivals, and vigils at Cross Bones, where he curates a shrine at the gates and campaigns to protect the site as a garden of remembrance.

His Sha-Manic Plays, The Southwark Mysteries, his stage adaptation of Mervyn Peake’s Gormenghast, and Secret Bankside – Walks In The Outlaw Borough are all published by Oberon Books. His new book of poetry, Spark In The Dark, is published by Thin Man Books. 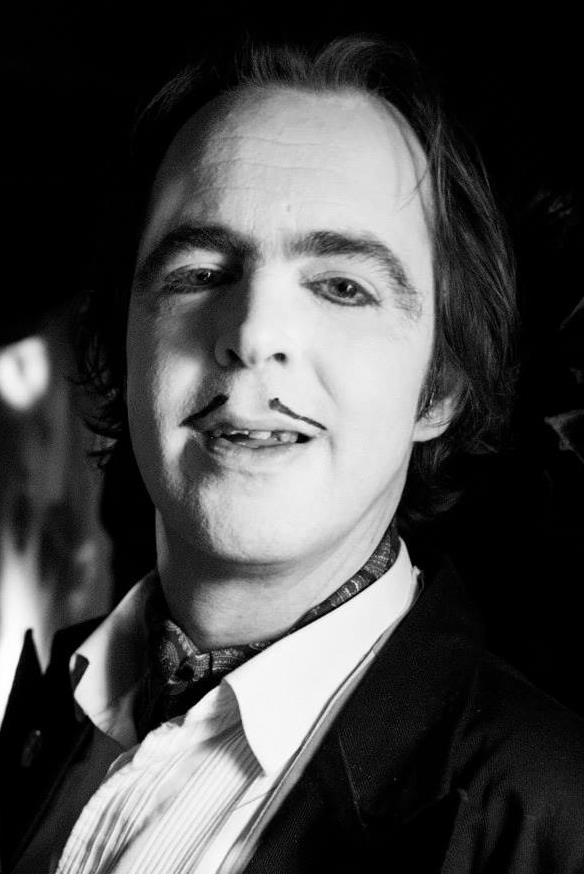 Long standing Dischordian Pope, and SubGenius Minister (Rev Dr Tommy Squeezebox), Tom is a London-based all round performer splitting his energies between cabaret (It’s YOUR Funeral, the Double R Club, The Black Cat Cabaret), music (deranged accordion-toting frontman of The Bohemianauts) and occasional forays into the world of theatre (most notably, in this context, The Warp and The Southwark Mysteries).

He is almost sure that he’s not just a brain in a jar somewhere, but remains open to the possibility that everything he knows is wrong. 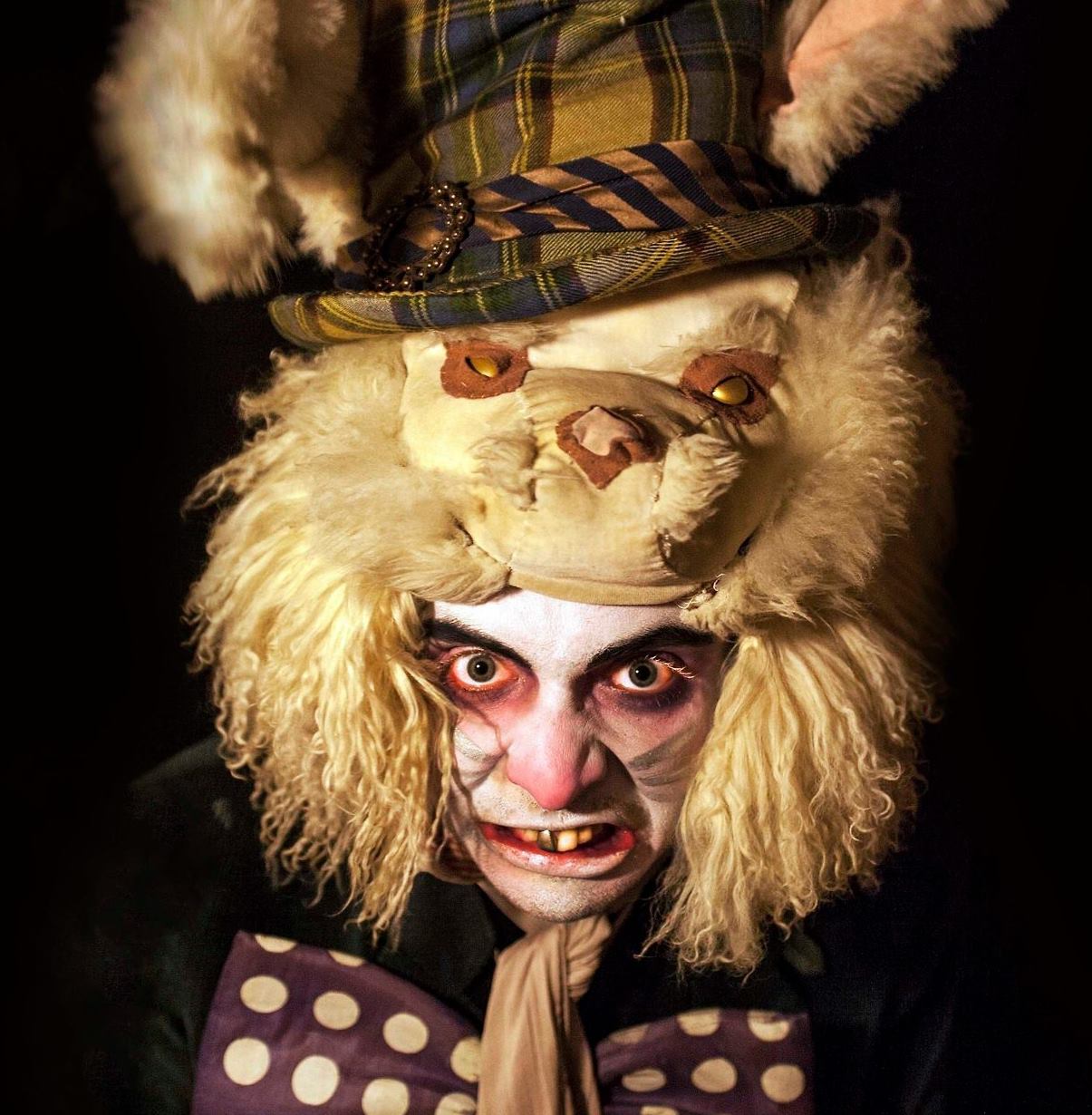 Bang Crosby is a punk trickster and clown, exploiting archetypal and elemental energies to create cabaret from chaos. His work is heavily influenced by vodou and chaos magick, and creates a hilarious tapestry of light, sound, sex, and death, framed within the cosmology of the fool.